The Dichotomy Of The Left Side of The Brain

In the last blog in this series, I suggested that the world we live in today is one of a dichotomy and that collectively we appear to be moving in the direction of a paradox. In today’s vlog, let’s dive deeper into what a dichotomy is and how it came to be our dominant philosophy.

What Is Dichotomy of The Left Side of The Brain?

Let’s define dichotomy as two opposing sides of one whole – good and bad, right or wrong, truth or fiction, him or her. This perception of opposites is made possible because of the way the left hemisphere of our brain functions.

The Differences Between the Two Hemispheres of the Brain

The primary difference between the two brain hemispheres is in how each hemisphere uniquely processes information. As Jill Bolte Taylor describes in her book My Stroke of Insight, the right hemisphere’s perception of the world is all about here and now. In her words, “moment to moment, our right mind creates a master collage of what this moment looks like, sounds, like, tastes like, smells like and feels like. Moment don’t come and go in a rush, but rather are rich with sensations, thoughts, emotions, and often, physiological responses. Information processed in this way allows us to take an immediate inventory about the space around us and our relationship to that space”.

When Jill Bolte Taylor had a stroke in her left hemisphere, she became immersed in the oneness that is the right hemisphere’s experience of the world – as she describes it, she became an energy being connected to all other energy beings. What’s intriguing about Jill Bolte Taylor’s experience when she had her stroke is that she demonstrates the unknowability of the right hemisphere’s experience. As her left hemisphere shut down, Taylor found herself in a world without boundaries and without definition. In this moment, called now, you are not separate. You are part and parcel of it.

So to know something, we must first step out of the flow of now – we must extract from the immediacy of the present moment. This is the role of the left hemisphere. The left hemisphere takes the rich and unknowable collage of energy that is our right hemisphere’s experience and separates it into what I call the dichotomy of things – a dichotomy that stands on the foundation of you and other. Think of the left hemisphere as creating a virtual map that sits on top of the flow of now. As it does this, it assigns language, value, and judgement on all these separate bits of data. It delivers a perception of past and future, right and wrong, good and bad. Stepping out of the flow enables us to describe, define, categorize, communicate and utilize the world around us.

Yet, because of the overeducation of our left -brain, these whole-brain experiences are likely few and far between. Were we all educated to use our whole brain, here is how our hemispheres would function.

Ideally, once the left hemisphere has created its virtual map, it would pass its understanding back to the right hemisphere for integration into the whole, and a big picture would emerge, rich with the context of the present situation.

As I said, this is what is supposed to happen. This is not, however, what is happening.

Learn more about the anatomy of the right and left sides of the brain.

This has resulted in a world that is perceived in terms of opposites. We now seek knowledge for the sake of knowledge alone, with no context for why we need that knowledge. We now ask questions such as “is that true” as if facts, even facts void of context, are enough. What question would replace “is that true” were we using the whole brain. The question we would all be asking is, “does my action, behaviour and belief work for everyone?”. And if it didn’t, we would be able to create a new truth that does work for everyone. (I’ll return to this concept in a future episode).

Although it is impossible to nail exactly when our left hemisphere became the dominant hemisphere, there is a general consensus amongst scholars (Iain McGilchrist, Jill Bolte Taylor, Paul Ehrlich, to name a few) that it is a left hemisphere dominance that is why our world is out of balance. One way this imbalance shows up is in our pursuit of knowledge for the sake of knowledge, a knowledge that is void of context. 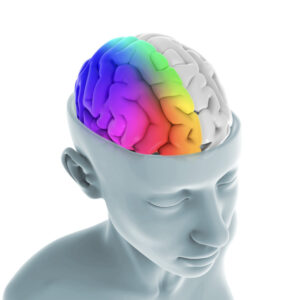 In this hemisphere, there are only two available options – you either know, or you don’t know. If you don’t know, you should know, and you need to know. And so the left-hemisphere dominant world invites you to get more training, learn more, research more, find an expert who does know and follow their advice. And if you do all of this and you still don’t know, there is something wrong. You’re on the wrong track; you have the wrong goal; you are not the right person for the job.

By way of example, I’ll use an event that happened to me this week. I was in my Mastermind group, and one of the entrepreneurs asked for help distinguishing his avatar. In the entrepreneurial world, the profile of an ideal client is called an avatar. Your ideal client, you are told, ought to be able to be encapsulated in an archetypal model that includes demographics such as age, where they live, their gender, and psychographics, such as their fears, desires, and goals.

In our left-brain world, establishing an avatar for your product or service is hailed by most trainers as being essential for entrepreneurial success, and almost every entrepreneurial training will include some distinguishing avatar activity. Notice the emphasis on the left brain’s search for knowledge in this. This mastermind participant was struggling because, like most entrepreneurs I know, he couldn’t figure it out.

I shared that after ten years of running a successful business, I have yet to distinguish an avatar of my ideal client, and I don’t find it helpful myself (does anyone, I asked). The group thought for a moment, and then someone offered: I am part of another training program, and the teacher said that it wasn’t until they distinguished their avatar and they became successful.

Yes, that is a standard left-brain answer. The left brain’s search for knowledge will always position knowledge above your own personal experience. It looks for proof to back up what it thinks it knows and settles into that proof like a cosy blanket. But the defence is not the result of direct experience; in fact, as this comment demonstrates, more often than not, it is just another layer of knowledge that lacks direct experience.

The left hemisphere in its pursuit of knowledge, will always seek to reduce everything into something that can be categorized and therefore known. Why does it do this?

The left brain’s role is to focus on the narrow picture. In doing so, it separates and divides. As it separates, it categorizes, labels, and defines. It looks at a flower, and it doesn’t see the whole flower. Instead, the left brain sees individual parts: petals, leaves, colour, type of flower, smell, and having defined the details, it now thinks it knows this flower.

Interesting Fact About The Left Side of The Brain

Fun fact, if you take a photograph of a human being and you cut it up into squares, mix up the squares and put it back together in a jumbled order, the right brain by itself will not be able to identify it as human. The left brain will quickly say that this is a person. Why? Because the left brain thinks that the parts that comprise the whole make up the all. The right brain needs context to know something. The right hemisphere is looking at the whole being – a whole that is comprised of more than just the parts. The whole includes context and the relationship between things. It requires that we lean in and understand what is going on in this moment and for this person. It requires that we listen and put aside what we think we know to get the other person’s world. In other words, we can’t know anything until we understand the big picture given by now.

Cut off from the right hemisphere and its ability to integrate, the left hemisphere’s emphasis on knowledge for the sake of knowledge has created the anxious world that we now swim in. The dichotomy of I know, or I don’t know, and if you don’t know, you better find out has us cut off from the mystery of the unknown. The unknown is the result of a moment that is always in flow, always unknowable, and always just a step to the right.

So what is the impact of the left hemisphere’s need to know? Well, consider that the most valuable innovations are ones that have no precedent. The ancient Greeks referred to these ideas as sui generis or “in a class of their own”. The automobile was not just a faster horse, and iTunes had nothing in common with a record store. Leaps of creativity and innovation like these are rare because our left brain defaults to what it knows and loops around itself in attempts to find new answers that go nowhere. To go beyond the predictable, we must let go of the left brain’s search for knowledge and take a step into the unknowable waters of the right hemisphere and its access to now.

Alright, that’s all for today. If you want to know more about left-brain and right brain, I invite you to access my free training. And if you want to experience the joy, happiness, and success available with whole-brain thinking, I invite you to join the Pattern Maker Hub, where you will find everything you need to access your internal wisdom.

See you on the inside,