Have you ever had an experience that has radically changed your worldview? Something that altered you the moment it happened? Or maybe, like I was, you are seeking such an experience.

The Story That Changed My Journey

My impactful incident happened back in 2010. The United States was still in the conflict in Iraq and it had been a decade since 9-11 and the loss of the twin towers – both of these events had left me shocked and shattered.

And so for the decade leading up to this incident in 2010, I had doubled down on my efforts to achieve spiritual enlightenment. Enlightenment is a Buddhist concept that can be difficult to translate. Let’s describe it as liberation from suffering.

And so every day I meditated, did daily yoga, I chanted, I listened to Dharma talks.

Then in 2010, the following happened. 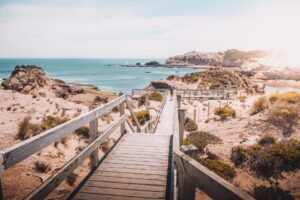 I recall I was driving at the time. The radio was on and a soldier was being interviewed. While serving in the war with Iraq, he was captured and was held prisoner for years inside a makeshift jail cell, which was nothing more than a converted shed. While confined in this shed, he would often hear helicopters flying overhead.

One night when his captors were distracted, he managed to escape. On the outskirts of the camp, there was a large hill and he headed towards it. His thought was that if he could make it to the top he would be able to scratch the word HELP into the ground. He imagined that the helicopter crews would see this call for help and land in the village and rescue him.

He made it to the top of the hill, alright, but when he got there it was pitch black and he couldn’t see anything. He tried searching around for a stick but he wasn’t having any luck. He was just starting to panic, when he heard a voice, “Go back to the shed and wait. I will bring you help’.

The reporter asked him who had spoken.

“God”, he said. God had told him to go back to the prison and await rescue.

Now, what was it about this story that radically altered my worldview that day? Perhaps it was the metaphor of the hill. The fact that this soldier only heard God’s voice after he had ascended. All I know is that from that moment on, I had what can best be described as a spiritual crisis.

“Where Am I Going?” About My Experience

My path changed that day. I ended my search for enlightenment, stopped meditating and doing yoga and I started down a new path – a path that was about to lead to my creating the 4 Step Repatterning Technique.

Here’s something to keep in mind about your subconscious. Yes, it is the source of your wisdom. Intellect comes from the conscious mind, wisdom is sourced from the subconscious.

But, the subconscious doesn’t speak English (or any other language for that matter). It speaks in emotions and metaphors and this can make it difficult to translate. All that said, however, you can still consider your conscious mind to be the dumb cousin of your subconscious.

And so that day in the car, listening to that story, my subconscious stepped into the driver’s seat. “Enough”, it said and caused a complete about-face in me. And it needed to happen. As I reflect back, I see that I was clearly on the wrong path for the future I wanted.

My quest for enlightenment had been based on division. I had been dividing myself into two camps, let’s call them my human self and my higher self.

Not that I did this of my own choosing. I, like everyone else, had been taught to perceive the world as a dichotomy.

Find Your Direction and Purpose 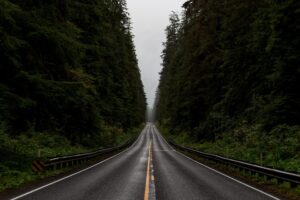 We are all educated in terms of opposites, such as separate the good from the bad. Truth from fiction. Positive from negative. This is how we have come to accept that some of our emotions are positive and others negative; that there are good values and bad values; that we either have a growth mindset or a fixed mindset. We are not taught to take context into account, instead, we are taught from birth to judge and reject.

One of my spiritual teachers, Yogi Bhajan once said: “the ugliest thing that happened in this last century is that humans started finding God outside themselves”. This was certainly what I was doing pre-2010 and it was reflected in my quest to become enlightened.

Is it time to leave dichotomy behind us? I believe so. Learn more about the dichotomy of the left side of our brain.

The latest findings in neuroscience are truly exciting and what they demonstrate about our brain invites us to reassess our perceptions of the world and of humanity. Just a few decades ago, the state of enlightenment was solely a personal and subjective experience. The great masters could only describe their subjective experience but without today’s modern brain scanners there was no way to objectively determine what was happening in their brain. Today we can. Here’s what science now shows us.

When people give their brain this gentle nudge in this direction they report feeling ease, joy and lightness and the experience of life unfolding moment to moment. Their confidence soars as they find themselves calm even in the face of their most challenging situations. They no longer take things personally because the emphasis on self softens. This has them able to step back to observe different perspectives unfolding at the same time. And the result of living this way?

Next week we’ll dive deeper into how to train your brain for enlightened thought. But if you are ready to experience this for yourself, start with the free training directly below this video.

Alright, that’s all for this episode. If you’ve had your own consciousness-altering event, I’d love to hear about it. Write it in the comments below or share it in the Facebook group.